I remember the serene feeling the scene initially gave me upon seeing the clean, white sheets blowing in the breeze as they dried on the clothesline in the backyard. It felt like home. I could almost smell the freshness of the detergent and the coolness of the wind on my face. And just as soon as I sank into a realm of calm, the breath was knocked out of me in an instant as I realized there was a man standing among the laundry. The expressionless white mask staring up at me through the television screen and gone a second later.

This isn’t a creative writing exercise. This is what I truly remembered the first time I caught a glimpse of John Carpenter’s HALLOWEEN. It had debuted on television. I was four.

The scene stayed with me for years after. I didn’t know the movie and wasn’t quite sure if I understood what was going on, but I remember feeling uneasy and frightened… and I really liked the rush those feelings gave me.

Finally, I saw the movie in its entirety when I was about eight. It was everything I ever wanted in a horror movie. (Yes, I had seen plenty by then. I was a child of the 80s–the era of the slasher film!) A healthy cat-n-mouse game that delivered in the end. Memorable and somewhat likable characters. John Carpenter and Debra Hill knew how to keep it classy. Of course, there was some sex in the movie and I was only a kid, so for me to keep the movie in our VHS arsenal, I jimmy-rigged the cassette tape to record over the sex scenes with some good old fashioned Looney Tunes cartoons–more specifically, “Pilgrim Porky”. My friends still bring up this fact with a chuckle and I admit, every time I see these particular snippets of the cartoons, I immediately think fondly of my favorite movie, HALLOWEEN.

You can’t imagine the disappointment I felt when I learned that Haddonfield, Illinois didn’t exist. Sure, Haddonfield, New Jersey did, but who cares? The Boogeyman was in Illinois! Not New Jersey! Why would Debra Hill tease me so with her birthplace sorcery?

It wasn’t until I was a young teen in high school when I learned that Halloween was not film on some set that was built up for production and then burned to the ground for another movie like part of the original King Kong set was for the 1939 classic Gone with the Wind. Being a small town girl in Tennessee, South Pasedena in California seemed like a world away! But I had to see it! So, while some were placing amazing destinations such as Europe and Australia on their personal bucket lists, South Pasedena was placed on mine.

Fast forward 20 years, I still have yet to see the eerie locale of my beloved film, but apparently I married someone who wants to see that dream become a reality. A few weeks ago my studhubs, Matt, was sent on a business trip to the Los Angeles area and, of all places, his company reserved a hotel room for him in South Pasedena. It wasn’t even a second thought for him, it wasn’t anticipated. He researched the locations of Halloween and found that his temporary quarters were within walking distance! So, as any amazing husband would do, he took pictures of a few nearby locations and has definitely made a commitment to take me their his next trip–hopefully next Spring! When I received the first text message with the photo attached… I’ll admit it… I ugly-cried. (Go ahead and laugh.)

Matt said that the eerie, small town feeling had been preserved and respected. Aside from the film locations, he said that the town was quite lovely and so were the residents. One of them even gave him the dime tour of her block, as she was still living in the same house she was in the spring of 1978 during production of the film.

I can’t wait to visit, but these photos have been the highlight for so far–much like a precursor of what is to come–and I wanted to share them with you all! Enjoy! 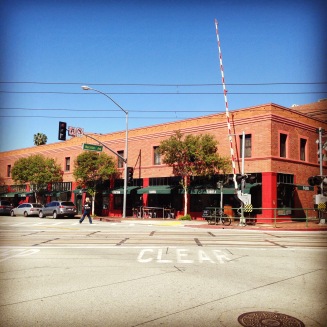 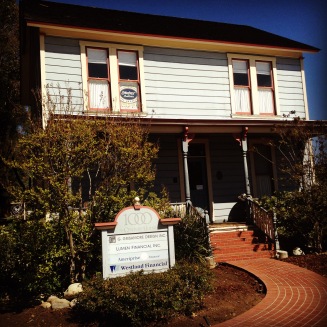 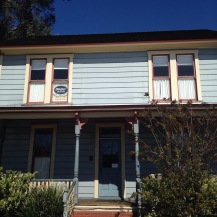 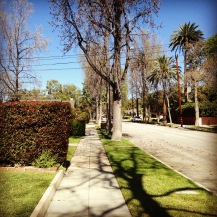 “He was standing right there…” 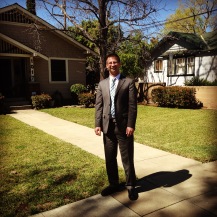 Studhubs in front of Sheriff Brackett’s house. “Everyone’s entitled to one good scare.” 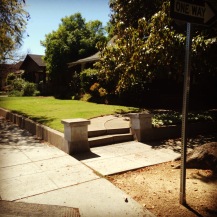 One of the most exciting locations from best scene of the movie, in my humble opinion. 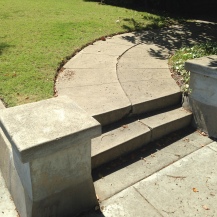 Studhubs bragged that he sat here for almost a whole minute. 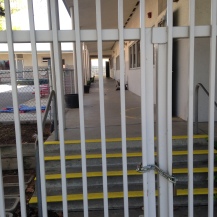 “Don’t you know what happens on Halloween?” -“Yeah, we get candy!”